Jonathan really doesn’t have the time to blog, as he is furiously writing this sequel to Relic. It’s due out in the fall of 2015, and if he doesn’t get his ass in gear, it’s going to be late. 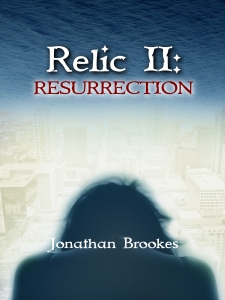 Fact and fiction collide in this high-tension, fast-paced sequel to Relic. A baby is born; its mother dies during childbirth. The race is on to claim guardianship of this orphan, whose genetics are a relic of a lost race. In a perverse twist of evolution, this one child could unravel 30,000 years of Homo sapiens dominance of the Earth.